Zero Light (except the LCD screen) 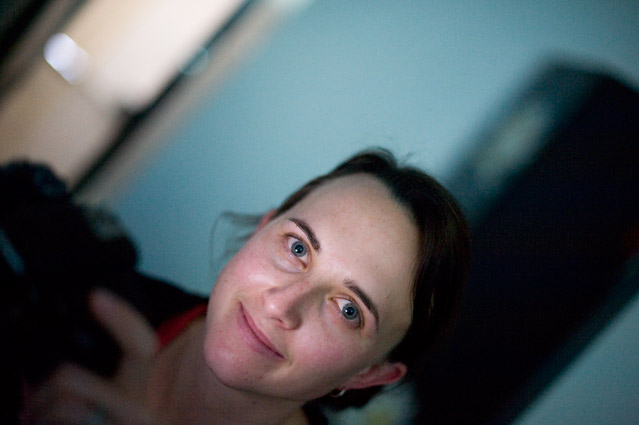 In the early days of photography 'Not enough light' was often an excuse for putting your camera away. With ISOs up to 25,600 and lenses as fast as f1.2 there are no more excuses! Of course there will still be a few of the old guard, the light-deficient luddites and the halide-fixated old boys who still believe that anything shot above 400 ISO is a sin punishable by immersion in a vat of boiling developer.

From my 'Advanced' class yesterday we turned off all light and closed all doors. My light source was from the LCD screen on the back of my subject's camera. 6400 ISO, Nikon D700, 1/80 sec@f1.4.

Check out my Intermediate or Advanced courses at UWA Extension and learn how easy it is to shoot in low light.

I think Ansel was right.
But!
My corollary to his thesis is surely
'An even greater photograph is standing there at the right time of the day'

The Pinnacles in WA's Nambung National Park is one of Australia's most recognised natural features, surpassed only by the Sydney Harbour Bridge, the Opera House and Ayers Rock (Uluru). Every week thousands of Japanese tourists arrive by bus and Germans by 4WD to fire off a dozen or so shots before speeding away under a blazing midday sun.

Shoot between sunset and last light and the results are magical. Do a three hour time exposure at midnight with a 20 minute moonrise at the end and you have sheer magic. Shoot in the middle of the day - woeful!

But set your alarm for 3am and avoid the three thousand kangaroos on your drive to the Pinnacles and shoot between first light and sunrise and get the most amazing images.

Sam Oliver, my Wildheart partner, organised one of my workshops to the Pinnacles and invited a dozen belly dancers along for the weekend. Eva Cass ran a workshop in the local hall then all the exotically dressed dancers joined us for a  shoot at sunset. That evening they continued shimmying and strutting their stuff for patrons at the Cervantes Motel. This put a whole new slant on 'Deckie's Delight' on the menu!

If you've ever known  belly dancers you may have discovered they work on a different time zone to we mere mortals. An early morning wake-up is usually 11am, first coffee at noon and they start to wake up about 2 or 3pm. By 10 or 11 at night things are staring to really become poetry in motion. So I was a bit gob smacked to see carloads of belly dancers draped in motel blankets like bedouins arrive for our early morning shoot in the Pinnacles.
Not only was it still dark but there were still icicles on their false eyelashes and a ground temperature of zero and a chill factor of minus four.

English rose and belly dancer extraordinaire Janet Hof was there to catch the very first hint of light. Even before the rays of light touched the earth, they lit Janet's body and costume. I loved the way the light lit the landscape. No photoshop needed here. Simply, Janet and I were there at the right time of day!

Join Dale Neill in his Beginner's Digital Photography classes to learn what buttons to press on your camera and how to recognise the 'sweet spot' in timing.

Last night I went walking with my X10 (that's a camera). During the day there had been 100KPH guts, rain and hail. Down along Marine Parade at Traffic light No 324 (yes they do all have numbers) I pressed the button for the Little Green Man. Traffic whizzed by on th wet slick roads. It was almost dark. The wind whistled through the rigging at the Fremantle Sailing Club. No LIttle Green Man.

But the lights were changing for the cars - Red, Amber, Green. As the traffic lights changed colour I noticed them reflecting on the wet back of a parking sign that painted with the blowing rain. Agianst the windswept sky the changing colours kept me amuse while waiting for my Little Green Man.

No matter where you are, what time it is, be observant. Look at the light - its direction, intensity and colour. Then, according to Margaret Bourke-White saturate yourself with your subject and your camera will all but take you by the hand. 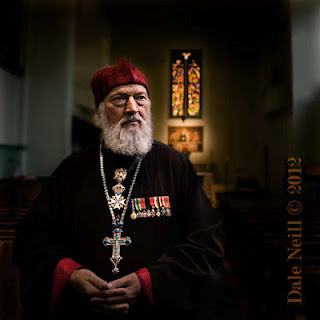 Portrait photography is as much about life as it is about cameras.
There's no need to be afraid or nervous.
Asking someone to take their portrait is akin to asking them to dance.
I'm only running one more Portrait course at UWA this year - this is it.
UWA 13/14/18 October
http://bit.ly/v9YFEg
Posted by Dale Neill at 20:15 No comments: