Thirty clicks out of Walpole on WA's south coast our Toyota 4WD bogged. Despite all attempts by the other three macho guys and myself we couldn't budge the vehicle. It was cold, wet and windy; not ideal conditions for spending a night in the scrub

Then along comes this red truck with a load of women on board, offering to help us poor defenceless men. After getting assurances from them that word of our rescue would never get out we agreed to let them help us. They were a rag-amuffin bunch, ranging in age from early twenties to sixties. No make-up, tousled hair, looking like refugees from an ashram, they set about giving us some grunt with a tow rope and we were soon released. 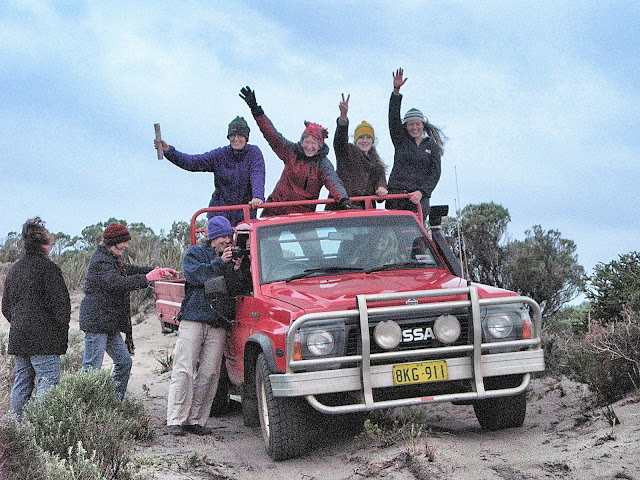 They all came from the township of Walpole.  Every equinox and solstice they escaped their families and household chores and camped on this remote hilltop overlooking windswept cliffs and a  wild southern ocean. No fancy bungalows, they camped in the bush. 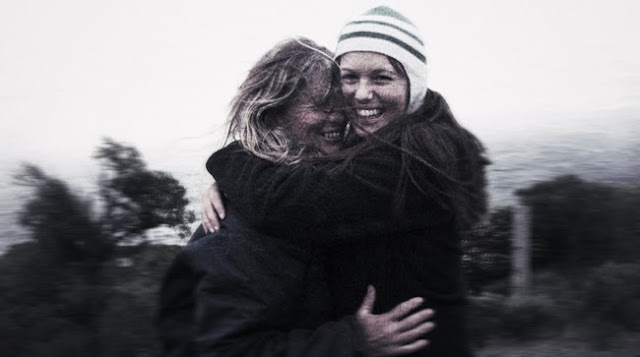 During our return trip to Walpole we four 'macho' guys could talk of nothing else but the Walpole's Wild Women. Back in  town we ran into a well known, local identity and asked him if he had heard about Walpole's Wild Women. He told us everybody knew of them but men were banned from the site. 'You should have stuck around' he whispered 'I hear they strip naked under a full moon, coat themselves in honey and roll down the sand-hills'