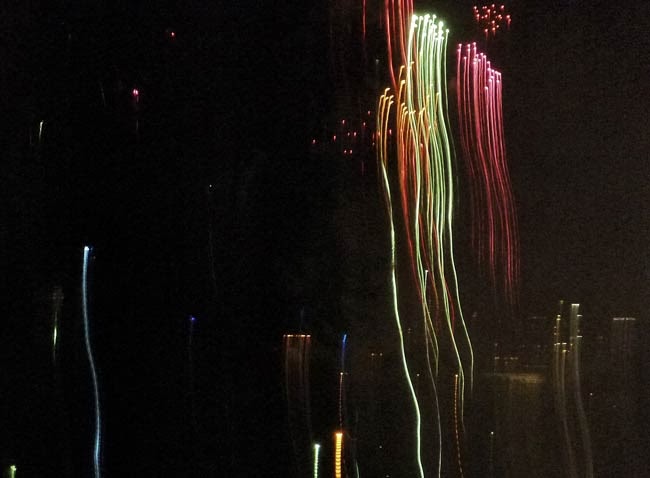 Australia Day is the new 'cracker night'. I've witnessed a few cracker nights and a few that weren't cracked up to what they claimed. Easily the best was the French Fireworks as part of the Festival of Perth about six years ago. In 2014 I'd probably settle for the seventh re-run of Midsomer Murders and a  vegemite sandwich.

But a lovely friend whose balcony overlooks the Swan River invited us for drinks and nibbles. Better than that she offered a free parking spot and somewhere to camp for the night. A beer and a nibble on a chicken wing were good BUT the dessert was orgasmic. Best dessert I've had in a hundred years - English Heston Hidden Orange Christmas Pudding with ice cream and cream. Truly orgasmic. 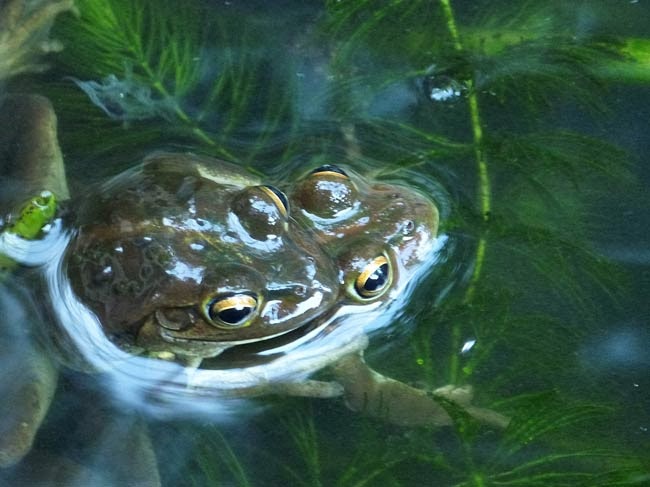 I'm not sure if it was the wafting aromas from the plum pudding, the psychedelic streams of fireworks or the sonic booms but the motorbike frogs in the pond got into the mood. These amorous amphibians definitely had making tadpoles on their minds - making long, loud Harley Davidson noises and blowing bubbles I was torn between the fireworks in the sky and the fireworks in the pond. I ended up getting out my little Lumix FT4 and getting into the pond with these beauties, Heloise and Ableard.