Dale Neill
Posted by Dale Neill at 04:16 No comments:

Here are a few tips  to ensure that you achieve Class A  boring travel pics on your next oversaes holiday.

Make sure you travel on the bus with your crowd, getting off the bus and standing in the same place, shoot from the same height as everyone else (1.58 metres) and from the same angle (eye level). Huddle together in one group with your tripods and long lenses and eat exclusively in tourist hotels and tourist restaurants. Avoid mixing with locals. 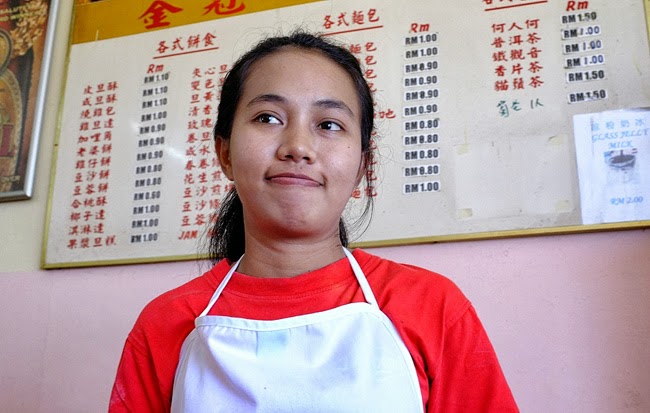 Choose a photographic tour leader who shows you lots of pretty pictures and then leaves you to your own devices and is more interested in his/her own photography than teaching or assisting you.

To guarantee that you max out on the boring scale avoid contact with locals or learning any of the local language. Whatever you do, make sure you don't interact with any locals or attempt to befriend them. 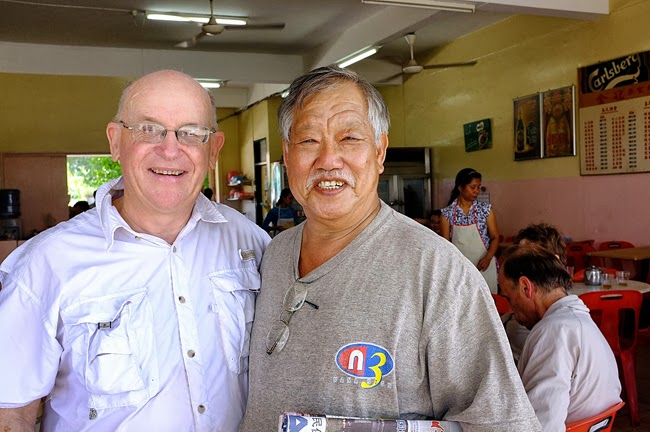 I've been lucky! I've worked out how to achieve quite a high hit rate for getting people shots in foreign countries.

Here are my four tips: 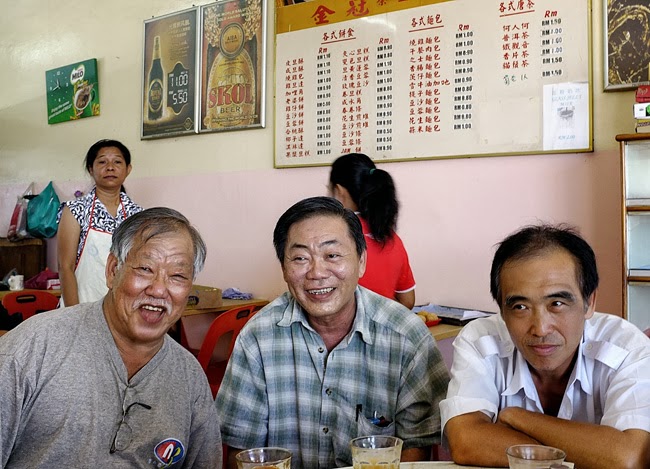 In these photos in Malaysian North Borneo I befriended a local Chinese man and his associates. We had an animated conversation about Malaysia, Education, food and coffee. I managed to get a few simple shots in the cafe of a genuine real life everyday situation.

Later, when I went to  pay for our group of photographers, I discovered the  bill had been picked up by my newly acquired Chinese friend. I emailed him a thank you and these pics.

Friendship works - if its genuine.


I'm leading a group of photographers to Hungary, Croatia, Slovenia and the Dalmatian Coast in October 2014. Click HERE for information.

Learn the Art of Friendship on  my next UWA Extension course on successful travel photography 'On The Move'. Contact me on onethemove@wildheart.com.au for dates and times.

Third Place (yet again!) at your local Camera Club

So you've been entering your local camera club competition for the past ten years and your most consistent result is equal third. Its akin to BH (Calcutta) failed. You have distant memories of the night 8 years ago when you knocked off first place. You don't mention that half the club's members were away with malaria and you mowed the judge's lawn the weekend before the competition.

So here are a few tips about how you can continue to achieve mediocre, boring images.

1. Boring! Shoot the same 'pretty' places that everyone else does - the Swan River Boathouse, the Pinnacles, Sugarloaf Rock and the Australia Day fireworks.

2. Not you again! Shoot the same 'pretty' faces; the young pretty girl with full Estee Lauder make-up, the old crinkle-faced man in monochrome. Both need to be static, posed, pin-sharp and preferably eyes averted. Try never to let your subject show an ounce of emotion. And never ever let two people interact!

4. Dreamy streamy! Shoot a waterfall with an ND filter to give the water the 'washing machine' look like all 14.3 million new DSLR owners do in Australia.

5. Maxxed out resolution and maxxed out desolation! Produce a pin-sharp, hyperfocally adjusted, 26MP chocolate box cover number 1,429 of Lake Geneva framed by trees. (I'll settle for the choccies and a cover of Schapelle sharing a pot of English Breakfast tea with Shane Warne)

Then again, if you want to be a bit naughty, you could try

1. Going somewhere different - the main street of Wyalkatchem at dawn.

3. Spend a whole day shooting using a shutter speed of one second.

4. About that waterfall - get into that waterfall with your waterproof camera or stick your camera in your plastic lunch bag (after eating your sandwich).

5. Ah, that chocolate box cover. Grab an old polaroid camera and some film. Take that chocolate box shot. Now get yourself a biro and write squiggly lines vigorously all over the back of the image. You should have given your image the 'Van Gogh' treatment.

Join me on a vintage motor sailer cruising the Dalmatian Coast

“Be daring, be different, be impractical, be anything that will assert integrity of purpose and imaginative vision against the play-it-safers, the creatures of the commonplace, the slaves of the ordinary.”
– Peter Lindbergh 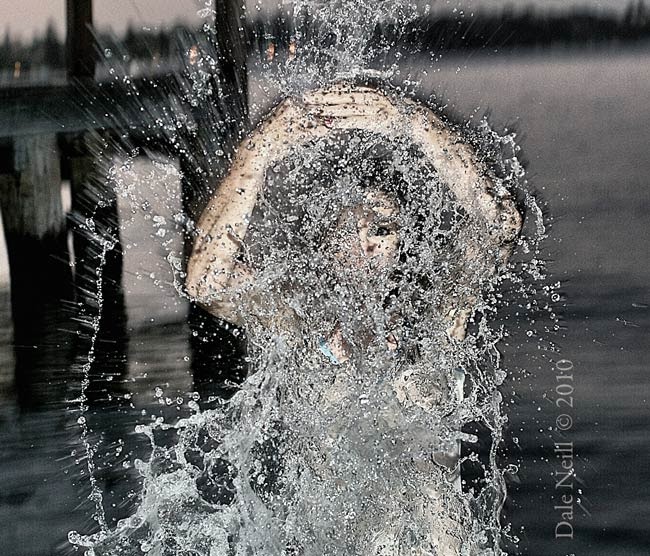 You don't have to be  a genius to be  a good photographer, you just need to take a few million shots and end up with a  handful.

Cameras have been cleverly designed for the most part. There are one or two cameras that look as though they may have been designed by a  team of mutant teenagers after smoking something inspirational.  But the majority of cameras these days automatically produce sharp, correctly-exposed images.

So cameras are simple enough to use. That is, until you pop a flash on top of your camera and start shooting. Things can go wrong very quickly and they usually do;  if not technically then they become disasters in art and design. Placing a  flash in the hands of an amateur photographer is akin to handing a live grenade to an eight year old boy.

A lack of confidence and competence with flash isn't restricted to amateurs. I know half a  dozen highly-renowned professional photographers who don't know the first thing about flash. Their solution? They always find an excuse not to use it (but they don't always get away with it!) 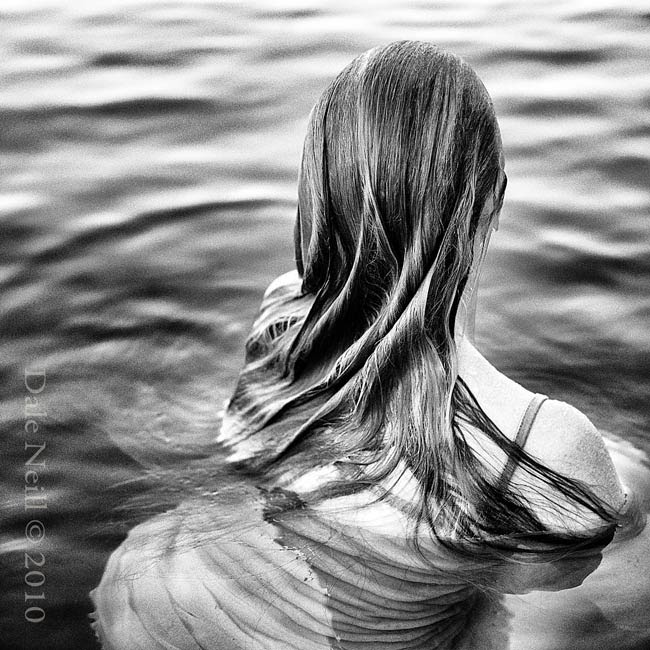 Here are a few simple tips to set you on your way to being a more successful flasher:

1. Each and every time you take a photograph with flash you are actually taking TWO images - one on top of the other on the same frame. Never ever forget that - its always two images with flash. Its a key piece of knowledge to understanding the many dimensions of flash.

2. If you're using a DSLR camera with a flash the safest setting to use is 'P'. This means the camera  has the largest range of options by adjusting both shutter speed and aperture.

3. Extend the life of your pet budgerigar by not firing your flash into your budgie's eyes (or any other pet for that matter!)

If you want to learn more about Flash check out my
UWA Extension Course Creative Flash for DSLRs
Posted by Dale Neill at 03:37 No comments: