'Be Unafraid' - a German Fairytale

How many photographers have walked past a wonderful photographic subject, failing to stop and shoot. Then, later, there is regret 'I should have stopped and photographed' 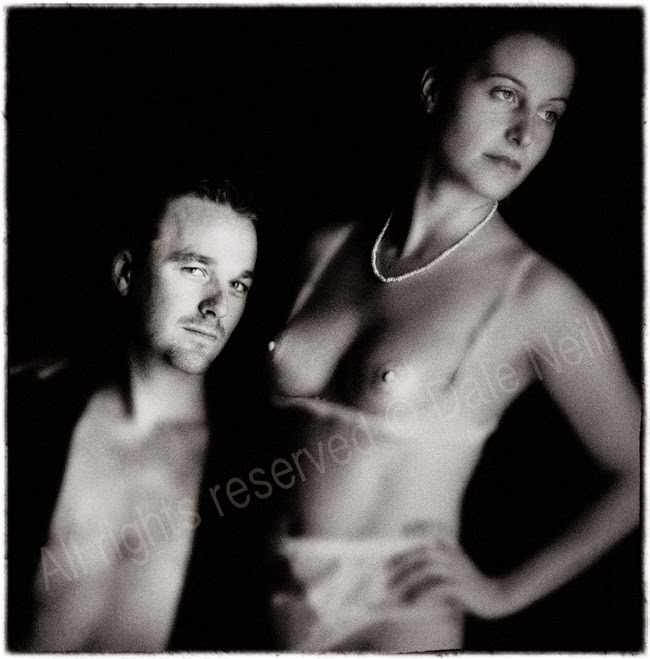 There are a number of reasons photographers become afraid to press the shutter. The reason could be as simple as not wanting to slow down the group or inconvenience a spouse. It could also be as simple as the fear of rejection. In more recent times photographers have become fearful of the repercussions of political correctness.


Edwin Land, the pioneer of Polaroid and inventor of the Polaroid camera said,
"An essential aspect of creativity is not being afraid to fail"

When I was asked to photograph meditation guru and author Oliver with German belly dancing girlfriend I devised a fairytale.

Oliver was under the spell of a wicked witch asleep on the studio floor for one hundred years. I asked Nadine to break the spell by doing a magical dance around the sleeping prince.

Nadine performed her spell-breakling dance with absolute beauty and flair as I climbed to the top of a two metre ladder and shot the sequence. The 'prince' awoke and I took this shot.

post script: Several months later I was invited to Oliver and Nadine's engagement party. To my delight and the surprise of the invited guests they unveiled a one metre high image of the German fairytale.